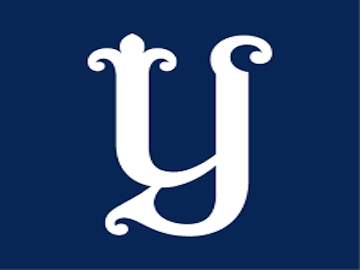 As reported by Hailey Fuchs & Kiddest Sinke from the YDN:

In an effort to reduce Yale’s greenhouse gas emissions, the University has implemented a carbon charge — the first of its kind at any U.S. university — designed to effectively tax University buildings for the cost of their carbon dioxide emissions.

“We’re trying to do this work to share with the world so that anybody seeking carbon pricing policy has this research to rely upon to inform hopefully more effective policies,” Pickett said.

The project and was initially recommended by the Presidential Carbon Charge Task Force, established in 2014 to investigate the feasibility of carbon pricing at Yale. After a pilot program analyzed the impact of carbon pricing, University staff and faculty on the project steering committee found that a $40 per metric ton of carbon dioxide price was the most effective policy.

On an individual level, the Carbon Charge Project incentivizes Yale faculty, students, and staff to make environmentally efficient decisions in their everyday lives, such as closing windows during the winter to maintain heat, according to environmental law and policy professor Daniel Esty LAW ’86. On a broader level, the project seeks to encourage Yale to construct environmentally efficient buildings and optimize use of space, said economics professor Kenneth Gillingham.

“Carbon pricing achieves emissions savings by making the carbon content of every decision that you make salient or clear to the person making the decision,” Gillingham said.

The initiative divides Yale into 48 administrative units, including individual schools, West Campus and Yale Health, each responsible for a fraction of the more than 250 buildings on campus. Later this month, units will receive their first monthly report on energy efficiency.

Already, University administrators have begun switching from incandescent light bulbs to LED light bulbs in an effort to reduce their carbon cost, Pickett said. As a result of the pilot, Kroon Hall and Betts House had equipment installed for environmental sustainability.

Yale is a strategic partner of the Carbon Pricing Leadership Coalition, an alliance of private sector groups seeking to promote carbon pricing conversations among international companies. The Carbon Charge Project has already worked with the coalition to develop and deliver an online seminar series about internal carbon pricing to private companies, including Microsoft.

Students and faculty from over a dozen colleges and universities, including Stanford, Dartmouth and Cornell, have expressed interest in Yale’s carbon charge project. Though Yale is the first to implement such a policy, a similar program at Swarthmore College levied a 1.25 percent carbon tax on department budgets. However, this year, each department received an allocation to cover the cost of the charge. The program intended to introduce the idea of carbon pricing into departmental budgets without any net cost.

By 2050, Yale intends to have a zero-net release of carbon to the atmosphere. But William Nordhaus, a professor of economics and chair of the Carbon Charge Task Force, said that he hoped the charge would replace the goal of carbon neutrality.

“Quantitative limits are so ‘twentieth century’ because they do not ask what the costs and benefits are,” Nordhaus said. “Using prices rather than quantities is recognized as the most efficient and effective approach.”

Yale intends to reduce campus greenhouse gas emissions 43 percent below its 2005 levels by 2020.